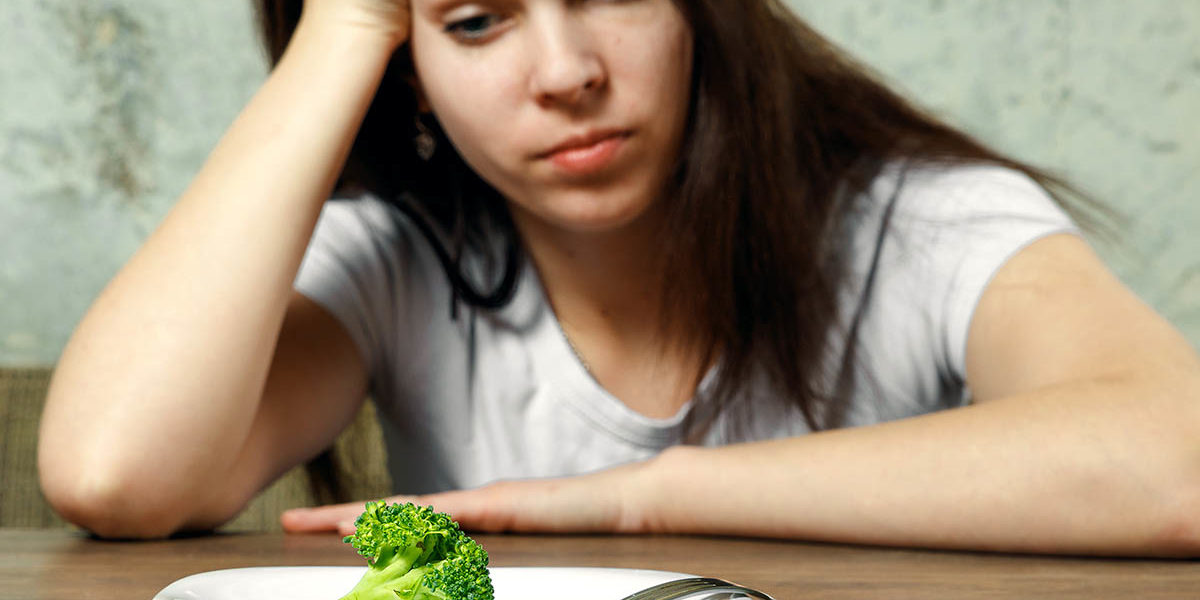 One of the most unfortunate truths about anorexia is that the signs often go unnoticed. It could be that the onset of symptoms occurs so gradually that others don’t notice until the problem has advanced significantly. Or it may have something to do with the social stigma attached to eating disorders that conspire to help keep the clues hidden. It could also be the distortion of a healthy self-image that tells the sufferer there’s absolutely nothing wrong with the way they’re behaving.

These signs of anorexia are usually noticeable. You should be able to detect them by merely looking. They include:

The intensity of these symptoms will vary from person to person. Some of the signs can be disguised or hidden from view. You may, for instance, notice the sufferer layering clothing to disguise weight loss or to fight off a constant chill. Regardless, it’s worth noting that no single symptom is indicative of anorexia on its own. However, when multiple symptoms appear, it’s likely you or your loved one needs help.

Patterns of behavior are unique to every individual. What may seem perfectly normal to some may be out of character to others. As a result, the extent to which these symptoms will be visible will depend a great deal on how well you know the person to begin with.

Given the highly personal nature of these symptoms, they’re harder for an onlooker to detect. They may also happen concurrently with other issues like depression or anxiety. The real thing to look for isn’t an amount or measure of a particular behavior. Instead, look for any significant changes in their normal behavior.

Someone may have once had a perfectly healthy interest in cooking, for example. But if it’s replaced by an obsession with calorie-counting and extreme dieting, something’s happened that merits a closer look. When considered in conjunction with the physical symptoms mentioned above, a clearer picture of the overall issue should come into view.

If you’ve seen the common signs of anorexia in yourself or someone else, the best thing you can do is get help. The road to recovery is difficult to tread alone. At Crossroads in Portland, ME, we know the way well because we’ve traveled it with so many others. With the guidance of our expert staff, you’ll be able to regain control of your life and find your way to a brighter future. For more information about our treatment options and facilities, please contact Crossroads Maine at 877.978.1667.