Looking Beyond the Opioid Epidemic

You are here:
AddictionBlogsDrugsNewsSubstance Use 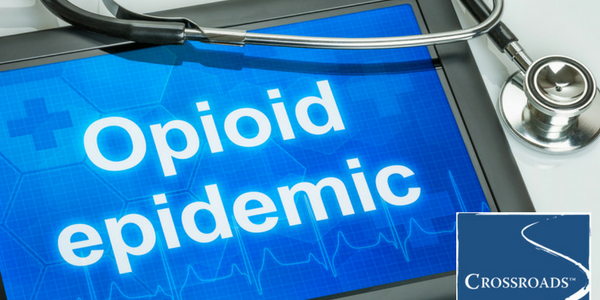 For the past few years, the news has been abuzz about the opioid epidemic. Misuse of prescription opioids as well as heroin and fentanyl have had devastating effects. There has been a push to tighten laws regarding prescriptions, increase community awareness and education, and get individuals into treatment.

Although the focus has been on opioids, that does not mean that problems with other drugs have decreased or disappeared. They still exist and some may be worsening. Research has found that arrests and deaths from cocaine and methamphetamines in areas such as Florida, Maine, and portions of the West are increasing. In fact, there was a 170% increase in methamphetamine arrests in Maine between 2015 and the first quarter of 2016 according to a study in Pharmacotherapy. Recent data from the Drug Enforcement Agency (DEA) show that cocaine supply levels in the United States are the highest they’ve been since at least 2007.

A Shortage of Solutions

One of the challenges treatment providers face is that the amount of research that has gone into treating stimulant use is lagging behind that devoted to the opioid crisis. Agonist and antagonist medications such as buprenorphine and Suboxone have been found effective in treating opioid addiction, but there are currently no similar medications approved for treating stimulant addiction. Those that are in development are still a few years out from potential approval and release into the market.

In addition, many people struggling with addiction use more than one drug. They may be taking a combination of opioids and stimulants, sometimes without even realizing it.  Research has found equal numbers of overdose deaths from cocaine combined with opioids as cocaine alone. Cocaine and methamphetamines were involved in more than 18,000 deaths out of an estimated 64,000 drug-overdose deaths in 2016 according to the Centers for Disease Control and Prevention. This is a noticeable increase over previous years.

While cocaine and methamphetamine use and deaths may not be at the level of opioids yet, the rise in figures is concerning. Treatment providers and researchers are urging policy makers, healthcare professionals, and communities to pay attention and take action before the situation becomes worse.

Located in Maine, Crossroads provides gender-responsive addiction and behavioral health treatment for individuals struggling with addiction to cocaine, methamphetamines, and other drugs.  Treatment is individualized to meet each client where they are at and address their unique needs. Evidence-based approaches to treatment are applied, in addition to holistic healing, recreational activities, and other modalities for more comprehensive and effective care. There is help available and recovery is possible.

[cta]There is help for cocaine and methamphetamine addiction. Contact Crossroads today to learn more and get yourself or a loved one necessary treatment.[/cta]

What You Should Know About Paying for Treatment
April 30, 2021