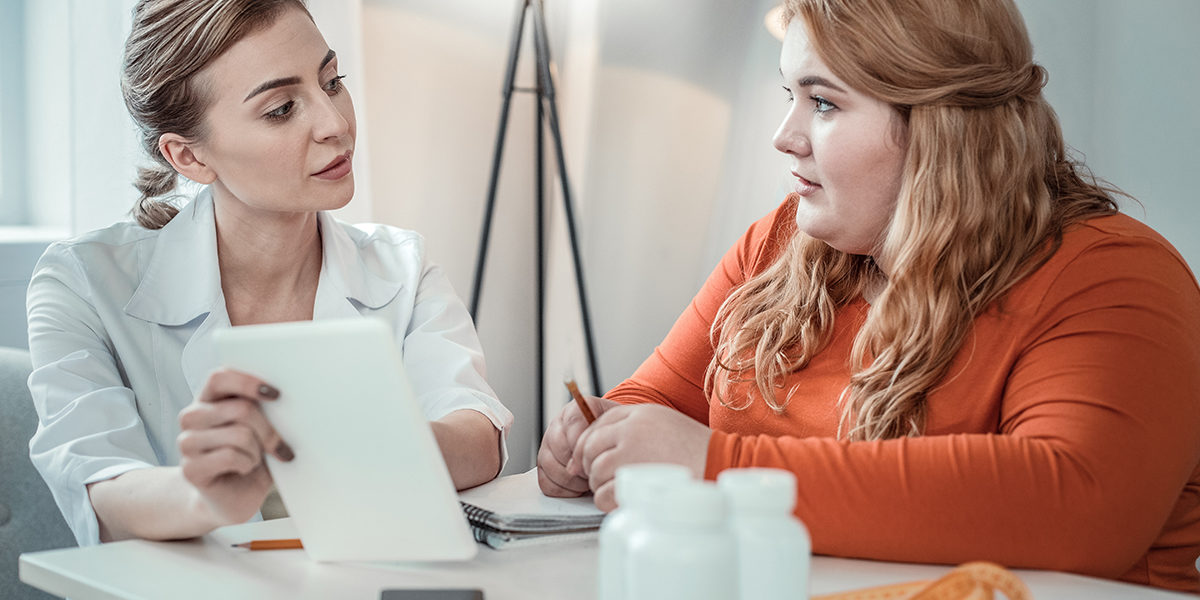 At any given time, several million people suffer from an eating disorder, particularly women between the ages of 12 to 35. The eating disorder definition includes several types of conditions, all of which involve an unhealthy relationship with food and weight. If you struggle with an eating disorder, don’t panic. Our women’s only eating disorder treatment center is here to help you. Contact Crossroads Maine today by calling 877.978.1667.

Eating disorders are illnesses with a range of psychological disorders characterized by abnormal or disturbed eating habits that are related to emotions and thoughts. In the primary stages of this condition, the individual may not think that they have a problem. They may think, “Oh, it’s alright. I’m just getting control of my weight.” Unfortunately, this inability to see the problem can lead to the person losing control of the condition altogether.

Those who are battling eating disorders tend to be perfectionists who struggle with low self-esteem. These individuals may see themselves as fat or overweight and are often extremely critical of themselves. They may be intensely afraid of gaining weight or being fat, even if their diet and malnutrition become life-threatening. This fear pervades every aspect of their life.

There are several conditions that fall under the term “eating disorder.” These conditions include:

Anorexia nervosa is one of the most well-known eating disorders. If a person is struggling with anorexia, they diet and exercise excessively; at times, this can continue to the point of starvation. Those with anorexia are striving for an unattainable figure, and in their eyes will never be thin enough.

Bulimia is another common eating disorder, indicated by periods of binge-eating, followed by self-induced vomiting or other methods of purging to compensate. The person may not feel in control of themselves when they’re eating, leaving them feeling trapped in an unhealthy cycle.

This condition is similar to bulimia in that the person regularly struggles with overeating and feeling out of control when they’re eating. However, unlike bulimia, the individual does not follow the binge eating sessions with purging.

Unlike anorexia or bulimia, this condition doesn’t necessarily relate to a person’s weight. When you’re struggling with this disorder, you may avoid specific foods due to their odor or texture. You also may not eat very much due to trying to avoid certain foods. This condition usually begins as a child.

Get Treatment at Crossroads Maine

Getting treatment for your eating disorder is imperative for your health. Without comprehensive treatment of each aspect, eating disorders can lead to heart problems, malnutrition, and even death. However, with proper treatment, you can resume a normal life with healthy eating habits and better emotional and mental health.

In many cases, eating disorders combine with other mental health conditions, such as panic disorder, anxiety disorders, depression, or substance abuse problems. It’s imperative to get treatment for each condition simultaneously to fully recover. At Crossroads Maine, our women’s only eating disorder treatment center is specifically designed for women who struggle with both an eating disorder and other mental health conditions. We use a wide array of evidence-based therapy programs to help you recover both mentally and physically. Our therapy programs include:

To learn more about the treatment options for eating disorders, contact Crossroads Maine by calling 877.978.1667 today.